（本文译自SmartMoney）
Posted by Yong Chu Eu at Monday, June 18, 2012 No comments: Links to this post

Why money matters in marriage

Financial goals and priorities need to be set together
THEY say that love is the most important ingredient for a successful marriage. However, money (which some people say isn't everything) is also a vital component for a sustainable matrimonial union.

According to a 2004 study commissioned by SmartMoney magazine, some 70% of couples surveyed talked about money at least once a week, while 36% of men and 40% of women admit that they lied to their spouse about the cost of what they bought .

Indeed, knowing how to manage your finances and working them out together is important for a successful and sustainable marriage. But this can be a feat that's easier said than done.
The following are some financial mistakes to avoid in a marriage.

Failing to plan
Unfortunately, many couples go into a marriage not planning for the financial obligations that come into play when running a home.

Foo: ‘Everybody needs their space, but in a marriage, financial decisions need to be shared.’
The pitter-patter of little feet in the house or a job loss can put a real strain on a marriage if there is no financial planning for the change in circumstances.

“Many people, especially young couples, go into a marriage feeling very optimistic about the future and believing that things will only get better,” says Robert Foo, who is the managing director of MyFP Services Sdn Bhd, a licensed financial planner.

“It's not that things won't get better but will it be better for you? Things are constantly changing. Today you may have a cushy job, but tomorrow you might be retrenched!”
Of course, one could always try to find a new job.

“You can get a new job but will it be the same for you,” Foo asks.
AmBank wealth management head Joshua Lim says couples should plan ahead for such circumstances.

“We always advise our clients to have accessible cashflow or savings of at least six months to help buffer against difficult times like if you lose your job,” he says.

Unworkable accounts
One of the most common things for married couples to do after getting married is to set up a joint bank account.

“If you believe in sharing and planning together, then it doesn't matter,” says Foo.
Lim notes that with the high cost of living today, it's common for couples to “pool their resources” via a joint bank account to better manage their finances and spending power.

“Both parties may be more comfortable with separate accounts and be free to access their respective accounts whenever they want,” enthuses Low.

Unhealthy spending
Problems tend to arise when one party happens to be a frugal spender while the other spends money like water.

“Buying that BMW might sit well with the husband but not with the wife,” says Foo, adding that a couple's spending habits should not be so bad that it disrupts their long-term goals.”
Dinesh concurs that bad spending habits can easily lead to divorce.

“For instance, a husband goes into a business deal, but things go wrong and he loses everything. The wife then wants out,” he says matter of factly.

Low says it's vital for couples to discuss their problems as soon as possible.
“Never put off till tomorrow what you can do today. If there's a problem, deal with it immediately. If you put it off, it's just going to escalate.”

Keeping secrets
Keeping financial secrets from your spouse can also lead to a break up in marriage. Says Foo: “Everybody needs their space, but in a marriage, financial decisions need to be shared.”
Low says hiding that ridiculously high credit card bill or taking money out from a joint account without your partner's knowledge can lead to unwanted consequences when your spouse discovers what you've been doing.

“You should be as open as possible from the beginning. If you can't trust your husband or wife, then who can you trust?

“Also, how is your partner going to trust you again when it is discovered that you've been doing things behind his or her back? Marriage is about trust. Keeping secrets will only doom your union, sooner or later.”

Thestar
Posted by Yong Chu Eu at Sunday, June 17, 2012 No comments: Links to this post 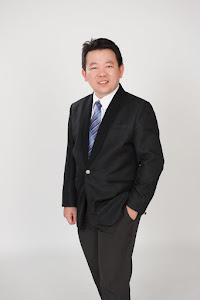